Utah Clean Cities (UCC) created Utah’s Idle Free Campaign with a declaration led by Governor John Huntsman and two prominent mayors in 2007. This year’s event, held on September 9th, celebrated the 10 years of successful partnerships that have allowed for a successful campaign. During the event, 35 awardees were recognized for their idle reduction efforts, with recipients ranging from Alta Ski Resort to Zion’s National Park. Today, over 50 Utah mayors have signed the declaration for Idle Free in Utah. There are seven Idle Free Cities and four large school districts that are 100% Idle Free, and with air quality reaching up in to the “red zone” during winter inversions, Utah takes the challenge seriously.

UCC continues working with communities to encourage drivers to turn off their vehicles when idling for more than 10 seconds. In recent years, the Idle Free campaign has been incorporated and adapted by other organizations including cities, schools, businesses and air quality organizations. UCC has also enjoyed working with groups outside the state on this campaign including other coalitions, air advocacy groups, EPA, NREL and Argonne National Laboratory.

Utah Clean Cities has also been a leader by spearheading a Declaration that November be “Alternative Fuels Month,” now going on nine years. This declaration highlights and celebrates the collaboration between the US Department of Transportation, US Department of Energy, and regional Clean Cities programs in collaboration with Utah, Colorado, Idaho, Wyoming, Nevada and New Mexico and their success in providing designations for strategically placed alternative fueling stations complete with signage and connectivity with the Alternative Fuels Data Center station locator.

Additionally, UCC is working to further integrate electric vehicles into use in the region. The Utah Governor’s Office of Energy Development, in conjunction with private enterprises and local agencies such as Utah Clean Air Partnership and Utah Clean Cities, has worked collaboratively to complete the Mighty Five Electric Corridor and will continue to develop the Electric Highway to connect Utah’s cities, towns, national parks, monuments, recreation areas and scenic byways within the state with the Rocky Mountain Power and DOE Live Electric WestSmart grant. 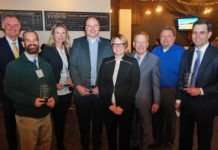 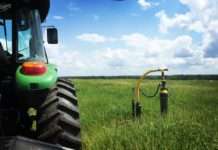 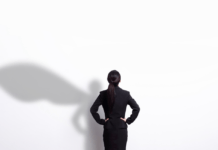 In praise of the women leading the charge for sustainability