The Cherokee Nation recently received a $1.3 million grant from the U.S. Department of Transportation under the Low-No program to purchase two Proterra electric buses and four new charging stations to transport employees and tribal citizens to work and tribal health centers across eastern Oklahoma. This award makes Cherokee Nation the first tribal government to purchase electric transit buses, the first tribal nation to receive Low-No funding from USDOT, and places them among the first operators of electric buses in rural applications in the US.

“As the first tribal government to purchase all-electric buses in the US, the Cherokee Nation is a leader we are pleased to partner with for years to come,” said Ryan Popple, Proterra CEO. “Integrating battery-electric buses is a testament to the Cherokee Nation’s long-term commitment to environmental stewardship, and we are excited to help them achieve those goals.”

Cherokee Nation’s transit services produce more than 600,000 vehicle miles for an average of 100,000 riders each year within the tribe’s 14-county tribal jurisdiction. Routes increase the mobility of Cherokee Nation citizens and for many, represent a lifeline to vital services. The electric buses will replace conventionally fueled vehicles in two existing routes.

“I’m proud that we’re finding new and innovative ways to limit carbon emissions and improve air quality,” said Cherokee Nation Secretary of Natural Resources Sara Hill. “I’m even more proud that we’re managing to do that while also providing reliable public transportation that helps our citizens connect with the jobs, doctors, and services that they need.”

In 2017 Principal Chief Bill John Baker signed an executive order outlining The Cherokee Nation’s responsibility as stewards of the land to reduce carbon emissions by 25 percent by the year 2027. “We also pledged as a tribe to lessen the impact climate change will have on our citizens not only now, but for the next seven generations. With the assistance of this U.S. Department of Transportation grant, we can take advantage of yet another clean-energy opportunity to help us become more energy efficient while also providing important transit options to our citizens,” said Cherokee Nation Secretary of State Chuck Hoskin Jr.

The Cherokee Nation is actively pursuing this goal, and attended a demonstration of a Proterra bus in Tulsa, Oklahoma this spring set up by Tulsa Area Clean Cities and  INCOG, the region’s Metropolitan Planning Organization, of which Cherokee Nation is a member. When the Nation decided to apply for Low-No, INCOG and Tulsa Clean Cities provided assistance with the application. “We are proud to have Cherokee Nation’s leadership in transportation electrification here in eastern Oklahoma. They are proving that electric vehicles are viable now in a variety of settings and vehicle classes.” said Adriane Jaynes, Clean Cities Coordinator and Alternative Fuels Planner at INCOG. The buses will be ordered soon and should be in operation serving citizens and employees of the Cherokee Nation in the next 12-18 months. 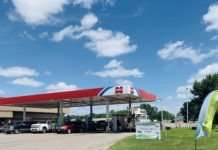 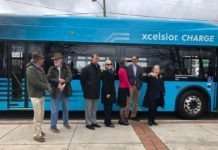 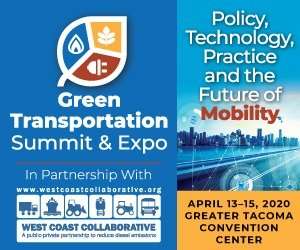