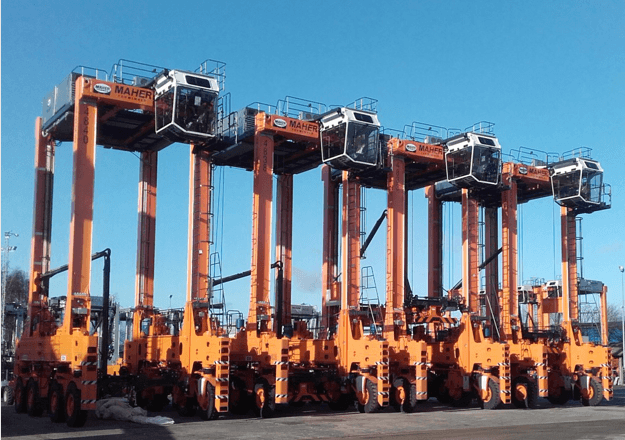 This article originally appeared on ACT-News.com.

The Port of New York and New Jersey is the hub of an intermodal cargo transportation network connecting marine terminals via road, rail, and air to one of the top concentrations of key markets throughout the United States and Canada. It is the third largest container port in North America and is the largest on the East Coast. In addition, there are numerous commuter ferries, tour boats, dinner cruises, a growing number of pleasure boats and even adventurous jet ski and paddle board users throughout the Port region.

The nonprofit New Jersey Clean Cities Coalition works with diverse stakeholders who have both vehicle and vessel fleet operations in the Port area. These range from operators of the small work boats, including tug boat and crew boats, to dinner cruise vessels and the famous Circle Line tour boats, to the terminal operators that handle the largest Post-Panamax cargo container ships that call at the New Jersey Port. The Coalition has been working for each of these stakeholders to help tackle the varying challenges of their fleets.

Maher’s achievements include the completion of rooftop solar, electrification of cargo handling cranes, deployment of hybrid straddle carriers, and a multitude of other equipment and facility upgrades.

Developing a Wide Range of Programs

On the smaller vessel end of things, and with the assistance of a series of EPA Diesel Emission Reduction Program grants, the NJ Clean Cities Coalition developed and administered a program for the repowering of marine vessels that operate in New York Harbor. Under this program, federal dollars were used to leverage additional private investment to assist vessel operators in replacing almost 30-year old, inefficient and unregulated engines with new state of the art ones. Several of these older engines dated back to the early 1970’s. The program displaces on an annual basis approximately 420 tons NOx, 2 tons of PM2.5, and saves more than 100,000 gallons of diesel fuel.

On the other end of the size spectrum, NJ Clean Cities Coalition’s stakeholder Maher Terminals, handles approximately 40% of the port’s maritime container cargo. As a point of reference, if Maher Terminals were its own port, it would be the 7th largest port in the United States.

Founded in 1946, this highly efficient container terminal provides ample container throughput capacity to efficiently meet and exceed the operating requirements of ocean carriers. The scope and flexibility of Maher Terminals’ technologically advanced multi-user marine terminal operation is truly fascinating. Spanning just under 600 acres, Maher Terminals averages 680 vessel calls from ocean carriers annually, over 7,000 gate moves per day, and is the largest employer within the Port at 1,200 employees. Traveling 8 hours outside the Port, Maher Terminals has a consumer reach of 65 million people. Obviously, this responsibility must be met with the most efficient systems available along with the utmost respect for the environment.

Working Together to Reduce Emissions

To assist in executing this responsibility, Maher brought on another NJ Clean Cities Coalition stakeholder, sustainability consultant Greener by Design LLC (GbD). Working together with Maher and with the NJ Clean Cities Coalition, GbD developed a multi-year “Sustainability Master Plan”. The plan combined energy reduction, solar power production, reduction of diesel usage through electrification, building controls, and a host of other innovative technologies. As a result, the terminal reduced its emissions and energy use while increasing efficiency and overall quality of conditions in and around the terminal.

Specifically, Maher’s achievements include the completion of a rooftop photovoltaic project, implementation of numerous energy conservation measures, electrification of the facility’s cargo handling cranes, deployment of hybrid electric/diesel straddle carriers, and a multitude of other equipment and facility upgrades including: interior building lighting, air handling and exhaust systems, building control units, and replacement of other older, inefficient equipment.

Additional steps to make the terminal more sustainable and resilient are actively being considered, including increasing electric storage, distributed generation and the ability to ‘island’ the facility with a microgrid during high energy demand days and/or during emergencies.

Maher’s fleet of straddle carriers includes roughly 200 machines, many of which had two tier 1 diesel engines, which were put into use in 2001-2002. Working with the NJ Clean Cities Coalition, Maher is in the process of replacing those machines with new straddle carriers driven by electric motors, which in turn are powered by an on-board diesel generator. The on-board generator is Tier 4 Final certified and only has one engine as opposed to the older machines which have two engines. Compared to the older machines, each new hybrid straddle carrier results in a reduction in NOx emissions of approximately 12 tons per year.

Additional steps to make the terminal both more sustainable and resilient are actively being considered. Maher and GbD are developing additional projects involving increasing on site energy efficiency, and other physical upgrades such as electric storage, distributed generation and the ability to ‘island’ the facility with an internal microgrid during high energy demand days and/or during emergencies. The facility is also scheduled to install electric vehicle charging stations for employee use and is exploring emerging options for near-zero and zero emission technologies for Maher’s fleet of cargo handling and other vehicles.

NJ Clean Cities’ mission is to continue to work with these and other valuable stakeholders with the goal of reducing emissions and increasing efficiency.

Test drive an EV at the Chicago Auto Show through February...