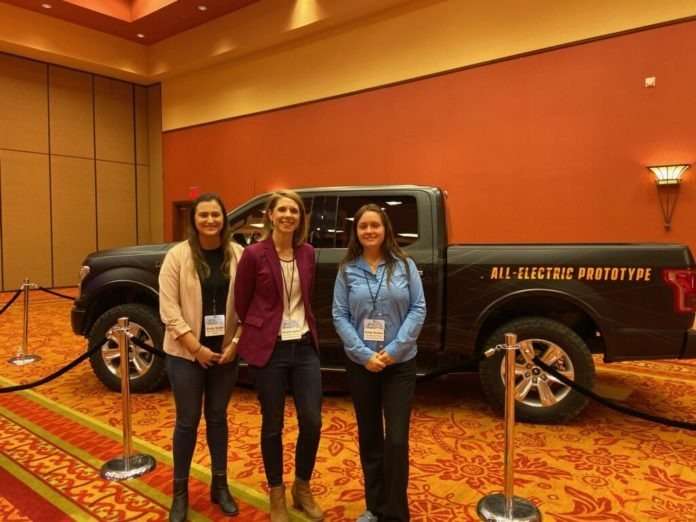 Oklahoma is now the number one state to own an electric vehicle, according to MYEV.com. With one of the lowest average electricity rates in the country, a high ratio of charging stations to population, and the highest year over year sales increase of EVs for the last two years, Oklahoma is beginning to embrace the electric vehicle revolution.

This shift was made possible through the persistence and dedication from the Central Oklahoma Clean Cities (COKCC) and Tulsa Area Clean Cities (TACC) Coalitions and their stakeholders. Over the last few years, these Oklahoma Clean Cities coalitions have teamed up to capitalize on multiple opportunities to lay the groundwork for the mass expansion of electrification that is being seen today across the state.

In 2017, Eric Pollard,Coordinator for COKCC, and Adriane Jaynes,Coordinator for TACC, along with their stakeholders and their newly formed Oklahoma EV Coalition, partnered to respond to a Request for Proposals from Electrify America for its Zero-Emissions Vehicle (ZEV) initiatives in an effort to spur EV investment in Oklahoma.

Building on this work, they mobilized the Oklahoma EV Coalition members to attend public meetings and submit comments in support of the state using the maximum allowable amount of the VW settlement funds for public EV charging. This successfully led to the full 15%, approximately $3.1 million, being designated to fund light-duty zero emission vehicle supply equipment projects in Oklahoma. In order to build a statewide, cohesive, efficient, and effective public charging network, Oklahoma Clean Cities Coalitions also worked to ensure that the state agency administering the funds was fully educated on the different case uses for the various types of charging equipment.

The success of each of these efforts laid the groundwork for the next. These combined efforts over the years have paid off, and as market opportunities have arisen, their stakeholders were equipped to take the lead. In a press event on November 1, Western Farmers Electric Cooperative and Francis Renewable Energy announced their partnership to install an unprecedented 250 DC Fast Chargers at 110 locations across Oklahoma which will be up and running by early 2020. At the event, Oklahoma Energy Secretary Kenneth Wagner remarked, “We (Oklahoma) are going to be No. 1… in electric vehicle infrastructure charging ability in the network that is unveiled today.”

Ford Motor Company generously attended the event to showcase their all-electric prototype Ford F-150 to highlight the next generation of EVs.  Many of the 200+ people attended to be among the first to see the all-electric F-150 in person and are anxiously awaiting the pickup’s release.

The coordinated efforts by Oklahoma’s Clean Cities Coalitions have played an integral role in building the foundation for this Electric Vehicle transformation to take place in Oklahoma. Both Coalitions maintain their commitment to working collaboratively towards increased use of alternative fuels in Oklahoma to ensure Oklahomans have access to cleaner and more efficient transportation options.

Want to know more about going electric? Read about the ins and outs of electric vehicles here! 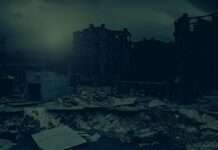 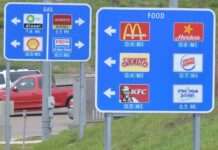 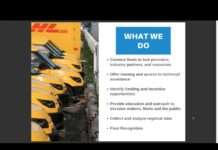