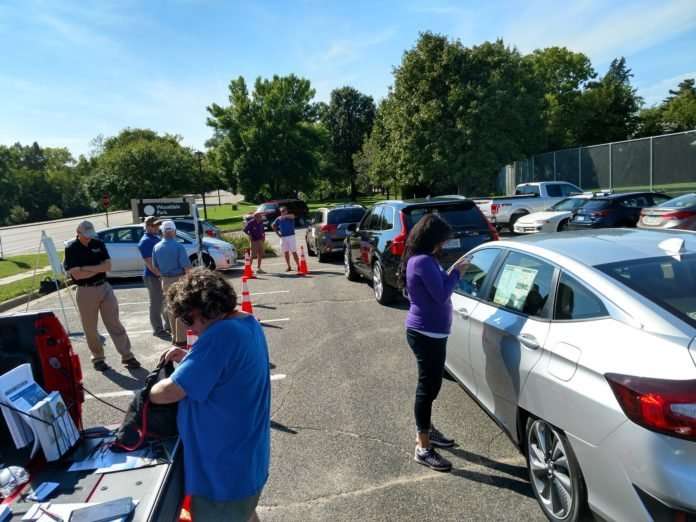 My name is Daniel Mock. I’m a Clean Cities intern working with the Twin Cities Clean Cities coalition, and I recently attended my first ever electric vehicle events in Burnsville and Edina, Minnesota. The Burnsville event was hosted by Dakota Electric Association on September 12th, with the goal of educating their utility members about electric vehicle options, efficiency, and cost. There were eleven different electric vehicles to test drive, as well as sales staff to talk about each vehicle’s specific benefits and features. 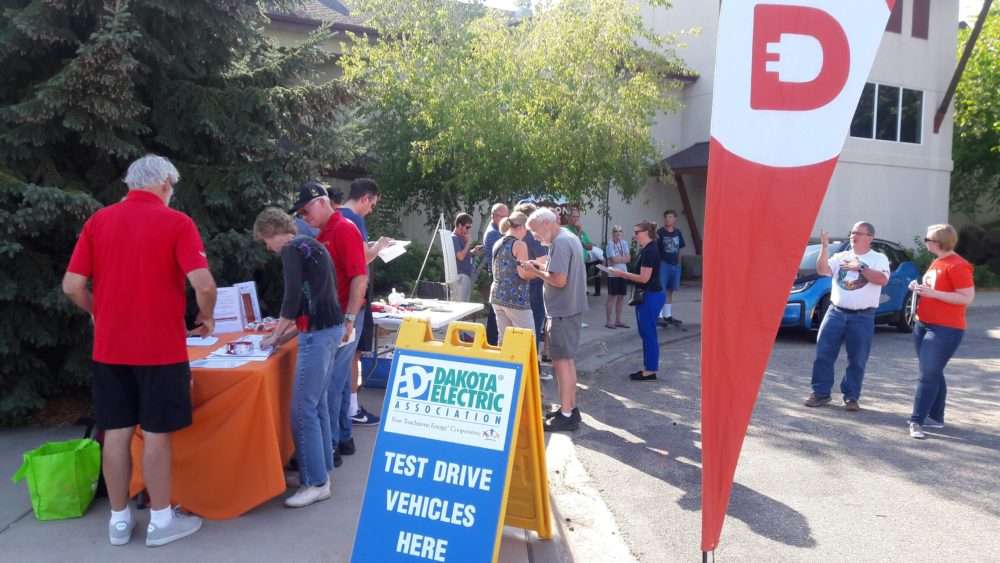 I drove the Chrysler Pacifica plug-in hybrid, and found it to be a solid vehicle option. A plug-in hybrid electric vehicle, also known as a PHEV, combines the efficiency of battery-powered driving with the range and flexibility of gasoline-electric hybrid vehicles. There were also over a dozen current electric vehicle owners who brought their vehicles, and who gladly talked about the benefits and challenges of driving electric.

The Dakota Electric Association did an excellent job hosting the event. Jukka Kukkonen from PlugInConnect was the event speaker, who covered the basics of electric vehicles, as well as answering all the tough questions that attendees had about driving and owning electric vehicles. I enjoyed the hot dogs, as well as the information. Overall, this event was a success, and helped strengthen the concept of plug-in electric vehicles as a real alternative for Minnesota drivers.

Edina Open Streets was the second event I attended, on Sunday, September 23rd. The event featured three of the plug-in hybrid electric vehicles. While a few participants expressed disappointment at the lack of “pure” electric vehicles on display like the Tesla models or the Chevy Bolt, it was an opportunity to show people that affordable, long range plug-in vehicles are an option available today to Midwest drivers. Open Streets events are usually designed to promote walking- and cycling-based transportation options. So we had to work a little harder to explain the benefits of plug-in vehicles. While the turnout was not as large as organizers had hoped, it’s worth noting that those who did participate in the test drives were very engaged and excited to learn about plug-in vehicles. Perhaps free hot dogs at the next event could boost attendance?

It was great fun to work my first two plug-in vehicle promotions, talk with the people who attended, and get a feel for the public’s interest in these cleaner, greener vehicles. I look forward to attending and helping to host more in the near future!