The Department of Transportation has expanded its voluntary guidance for the development of what it calls “automated vehicles.”

On Oct. 4 at DOT headquarters in Washington, DC, Secretary of Transportation Elaine Chao introduced the update, contained in an 80-pg document titled “Preparing for the Future of Transportation: Automated Vehicles 3.0,” or “AV3.0” for short. The prior guidance, AV 2.0, was released last September.

She stressed that AV 3.0 was developed with “extensive” input from stakeholders so that voluntary guidance could be offered to a “range of industry sectors,” including technology developers, infrastructure owners and operators, commercial motor carriers, and state and local governments.

According to DOT, the new document “supports the safe development of automated vehicle technologies by providing new multi-modal safety guidance; reducing policy uncertainty and clarifying roles, and “outlining a process for working with U.S. DOT as technology evolves.”

The AV 3.0 document also reveals several upcoming rulemakings and other actions DOT plans to take, including having the Federal Motor Carrier Safety Administration initiate an Advance Notice of Proposed Rulemaking to address automated vehicles. That pre-rule will be focused on identifying “regulatory gaps, including in the areas of inspection, repair, and maintenance for ADS [automated driving systems].”

Also, DOT said the National Highway Traffic Safety Administration will be requesting public comment on a proposal “to streamline and modernize the procedures it will follow when processing and deciding exemption petitions [concerning automated vehicle technologies].”

At this point, the new guidance is technically a draft document. The next step is for it to be published soon in the Federal Register, to allow for public review and comment.

During the rollout of the document at DOT, FMCSA Administrator Raymond Martinez remarked that the agency will keep on “engaging all [AV] stakeholders through outreach activities and meetings, with the shared goal of advancing both safety and transportation efficiency.

“FMCSA is working to facilitate automated driving systems in commercial vehicles by encouraging and supporting innovation that prioritizes safety and reduces roadway crashes,” he stated. Martinez noted that automated driving technologies is being developed around the world, stressing that FMCSA is “not operating in a vacuum. “Fully automated vehicles are not a vision of the distant future,” he added.

The American Trucking Associations reacted positively to the message of AV 3.0.  “This is a sound and substantive framework that rightly recognizes commercial vehicles are essential to any serious AV policy,” said ATA President and CEO Chris Spear. “In reaching out to a broad group of stakeholders, the Department should be commended for its thoughtful approach, which will enable an informed decision-making process around new and emerging technologies.”

He noted that the new guidance “ensures that technological progress will not outpace the formation of key safety policy – and will enable America to maintain our role as world leaders both in innovation and in developing this framework.

“We look forward to working with the Secretary and FMCSA Administrator Martinez as this initiative rolls forward,” Spear added, “and to having trucking’s voice as a vital contributor throughout this process.” 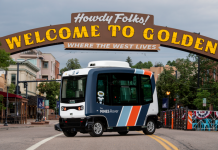 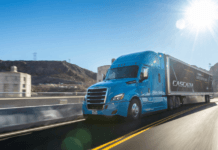 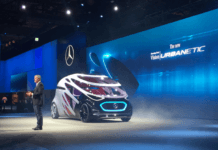