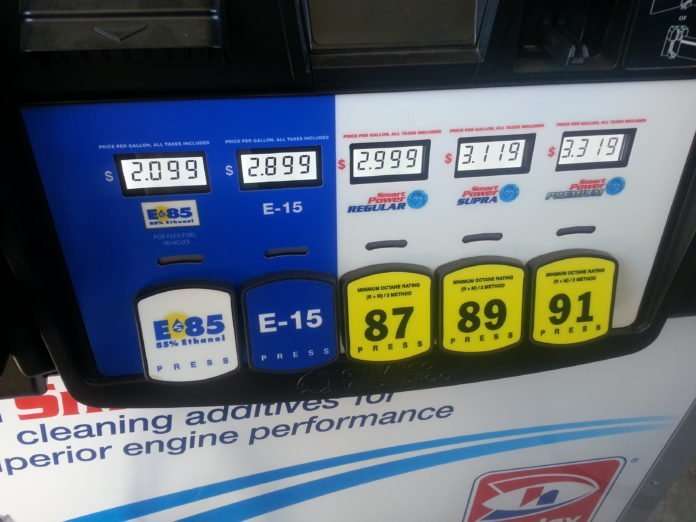 Federal and state officials joined with the Twin Cities Clean Cities Coalition and other renewable fuel advocates on Thursday, December 13, 2018 to celebrate the opening of the 400th E85 station in Minnesota.  The ceremony at the Holiday station in Plymouth, a Minneapolis suburb, celebrated the successful completion of the Biofuels Infrastructure Partnership (BIP), a national public-private effort to make cleaner-burning ethanol fuels available to more American motorists.

Minnesota has more E85 stations than any other state. Since Minnesota was announced in October 2015 as one of 21 states participating in the U.S. Department of Agriculture grant program, 135 stations have received funding for the installation of fuel pumps, fuel tanks and related infrastructure.  Across the state, federal and state grants, as well as matching private funds, were used to install 809 fuel dispensers and 46 fuel storage tanks.

E85 is a high-ethanol fuel blend that can be used interchangeably with gasoline in Flex Fuel Vehicles. There are more than 350,000 flex fuel vehicles in Minnesota. See the Alternative Fuels Data Center for more information on E85 and other cleaner-burning fuels.