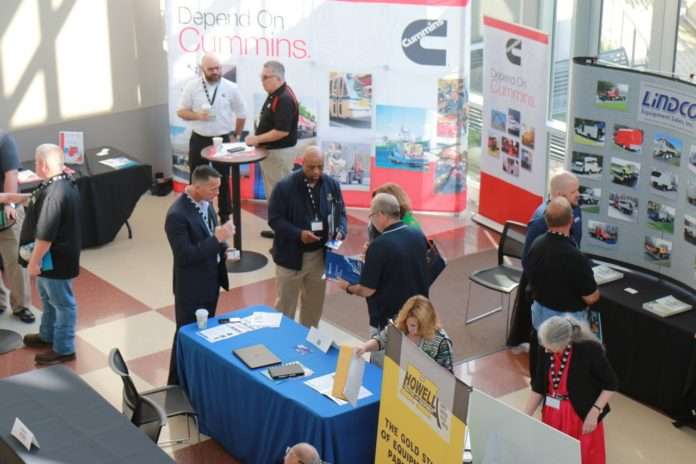 “The Green Drives Conference is one of the largest clean-vehicle conferences held in the Midwest,” said John Walton, chair, Chicago Area Clean Cities. “It is a must-attend event for private and public fleets, including commercial and municipal fleet managers, dealership personnel, small businesses, and clean-tech and clean-energy professionals.

“Attendees not only get a chance to network with experts from throughout the nation and the region, but they learn of first-hand experiences from fleets currently using alternative fuels and electric vehicles,” Walton said. “At the conference, we connect the people and technologies that help make sustainable transportation a reality. We also give attendees the chance to get behind the wheel of vehicles of all different sizes.”

Speakers and highlights of this year’s program include:

“Whether you run a small or large business, are a fleet manager, manage a dealership or service garage, or work in the technology or energy, there will be topics of interest and networking opportunities for you at Green Drives,” Walton said. “This event provides you with the benefits of a multi-day conference in a one-day trade show-like setting.”

Chicago Area Clean Cities, a nonprofit coalition focused on promoting clean transportation in Chicago and the surrounding suburbs, was founded on May 13, 1994. Celebrating its 25th anniversary this year, the coalition’s membership is comprised of federal, state and local governments, corporations, small businesses, and individuals. These stakeholders come together to share information and resources, educate the public, help craft public policy, and collaborate on projects that reduce petroleum use.

“We’re thrilled that we’ll be able to hold our largest event of the year the same week as our 25th anniversary,” said Walton, who has been active with the coalition since 2001. “Over the past 25 years, our team has supported local actions to improve the environmental performance and efficiency of public and private fleets in the six-county Chicago metropolitan area.

“Our member fleets have reduced hundreds of millions of gallons of petroleum and millions of tons in greenhouse-gas emissions,” Walton added. “We’ve helped to facilitate the distribution of millions of dollars in grant funding for clean vehicles and alt-fuel stations. Proudly, we’ve helped dozens and dozens of fleets to convert to the use of cleaner, more sustainable alternative fuels and clean-vehicle technologies.”

Chicago Area Clean Cities is one of nearly 100 coalitions across the country affiliated with the U.S. Department of Energy’s Clean Cities program, which brings together stakeholders to increase the use of alternative fuel and advanced-vehicle technologies, reduce idling, and improve fuel economy and air quality. The coalition concentrates its efforts on educating businesses and municipalities in the six-county Chicago region, including Cook, DuPage, Kane, Lake, McHenry and Will counties. The coalition also is a partner in the American Lung Association’s Midwest EVOLVE project, a seven-state program to educate consumers about the advantages of electric vehicles. To become involved, visit chicagocleancities.org.