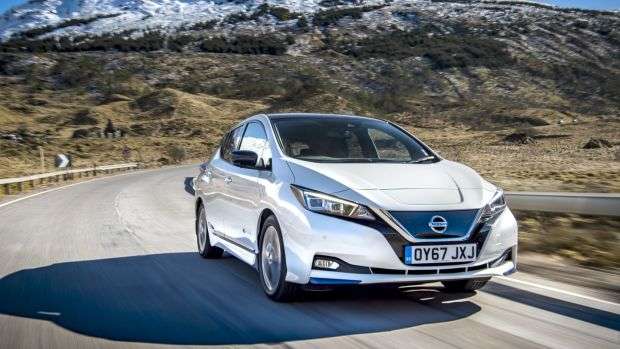 DriveElectricTN is a project developed by TNCleanFuels to promote electric vehicle usage across the state.

With emerging transportation technologies and growing interest in alternative fuels and sustainable transportation, electric vehicles are at the forefront of the sustainability conversation. Growing energy, climate, and security concerns make the discussion surrounding a transition away from traditional conceptions of ‘fuel’ all the more important. Prior misconceptions and concerns regarding electric vehicles are slowly dissipating, and fake news is being replaced by scientific fact.

The DriveElectricTN Roadmap, released in January 2019, emphasizes the necessity of raising awareness about the emerging electric technologies that make these vehicles viable options for both every day commutes and, with expanding ranges and cell capacities, not-so-every day road trips too.

Technological advancements in the alternative fuel and electric industries are aiming to diversify the way we get from point-A to point-B. Fuel diversification is critical to ensuring domestic energy security, and in the cases of natural disasters, alternative fuel can be the difference between life and death.

In both Hurricane Sandy and Hurricane Harvey, we saw destruction to both residential infrastructure as well as traditional fueling infrastructure. Fuel trucks weren’t able to make their deliveries and transportation was nearly halted. However, in the case of Hurricane Sandy, evacuations were made possible by the utilization of a natural gas pipeline delivery system that allowed alternative-fuel buses to run uninterrupted. Similarly, amidst the destruction of Hurricane Harvey, natural gas proved to be a saving grace for evacuees. The future of fuel is no longer synonymous with the future of gasoline. Now, rather than question what the future of fuel is, we should ask, “what will be the fuels of the future?”

The DriveElectricTN Roadmap is both a clear investment in a sustainable future as well as in immediate domestic energy security. In the event of a disaster similar to Harvey or Sandy, the Roadmap’s plan allows for infrastructure to be in place while fuel delivery may be impossible. Diversification of fuel dependency and establishment of alternative energy infrastructure is critical to disaster preparedness, and the Roadmap outlines a path to a prepared, secure state.

The electric answer, and investment

Since the American Clean Energy and Security Act of 2009 (ACES), minimum tax credits of $2,500 and maximum tax credits of $7,500 have been granted to qualifying EV purchasers in order to incentivize a transition to a more sustainable, diversified energy future. Federal tax credits allow for purchasers to bear far less of a financial burden when purchasing a new vehicle, so why are Tennessee consumers not jumping on board with electric? With only 0.1% of the Tennessee light-duty vehicle market being comprised of electric vehicles, consumers lack both accessibility and confidence.

DriveElectricTN attempts to combat lack of public knowledge regarding EVs by organizing engaging and educational events aimed at both the common Tennessean as well as the Fleet owners who are looking to accommodate their medium/heavy-duty electric needs. Ride & Drive events coupled with general consumer education will hope to expand common knowledge of EVs while encouraging electric optimism going forward.

Other anxieties that the DriveElectricTN Roadmap takes aim at are questions regarding infrastructure reliability and range fears—stemming from concerns regarding an EVs cell capacity.

With I-24, I-40, I-65, and I-75 designated as alternative fuel corridors for both compressed natural gas (CNG) and electric in Tennessee, it is clear to see the progress that has been made in regard to accessibility. However, legitimate fears exist regarding dependability of electric charging stations. In order to avoid unpleasant experiences at these stations, the proposed Roadmap insists that functionality and usefulness tests be conducted of electric vehicle supply equipment (EVSE) on an ongoing basis.

With more EVSE stations popping up, anxieties surrounding electricity access and range support (for consumer EVs) should begin to ease. And, when a focus and concentrated effort is made to make sure that EVSE is functioning properly and dependably, urban consumers can be confident while traveling not only around town, but throughout the state. However, urban accommodation is not where EV appeal falls short, rural consumer trepidation is far more common when considering EV procurement.

Another aim of the proposed DriveElectricTN Roadmap is to ensure that rural communities have similar access to dependable electrification. While maintenance of existing stations will be a priority, plans will be made to conduct a statewide assessment to address where stations are needed and what the best way of achieving electric in these communities would be.

Establishing credible electrification stations in all communities would attempt to both quell fears regarding range while also bridging the access gap. While EVs are good for the environment and energy security, they also are a great tool for economic development and equality.

The Socio-Economic Benefits of EVs

The aforementioned federal tax credits are just one way in which electric vehicles are becoming more affordable. Technological advancements, cheaper base price long-range vehicles, and greater investment in EV research and development will prove to be incredibly useful to lower-income community members who struggle to pay fluctuating gas prices. Free, accessible, fast-charging will change the way we commute, and existing tax incentives will sufficiently promote the transition to clean energy consumption.

Working with local dealerships, utilities, and gov. officials, DriveElectricTN and the DriveElectricTN Roadmap can set the groundwork for what will be an ambitious project promoting clean fuel, education, electric vehicles, infrastructure, and equality. Set to span a 10-year period and work on multiple, simultaneous timelines to achieve specific goals, the Roadmap anticipates increasing the amount of light-duty EVs on Tennessee roads by at least 195,000—from 5,000 to 200,000. Currently, necessary funding is unsecured to ensure the delivery and roll out of these ambitious goals, but with concentrated effort by local groups and coalitions, the DriveElectricTN Roadmap can be followed, and Tennessee can become a leader in electric vehicle innovation and infrastructure. 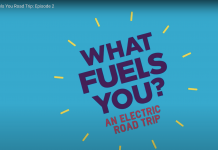