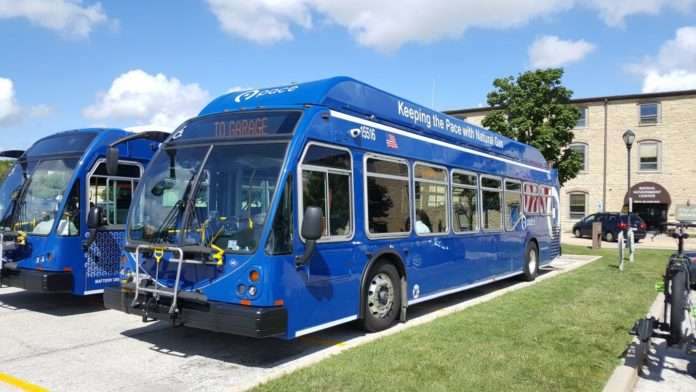 In 2018, Pace completed a compressed natural gas (CNG) station and facility build out to support their recent deployment of 91 CNG buses operating out of their South Division in Markham, Illinois. Of the 63 public transit agencies in Illinois, Pace is now one of only three to utilize CNG buses, timing the purchases to replace an aging fleet of diesel buses.

“This is a part of Pace’s vision of being a good steward of our environment,” Kwasneski said. “We also recently launched a fleet of buses that use ultra-low sulfur diesel fuel to reduce emissions. Combined with our fleet of CNG vehicles, we’re making our buses greener and improving air quality throughout the Chicagoland area.”

The Regional Transportation Authority (RTA), the financial and oversight body for the three transit agencies in northeastern Illinois; the Chicago Transit Authority, Metra, and Pace, teamed up with the Illinois Department of Transportation and Pace to help arrange $49 million in capital funding to allow Pace to purchase the new CNG buses. The CNG buses are anticipated to save $1.5 million per year in fuel and maintenance costs versus their diesel predecessors. In 2019, Pace is adding at least six new CNG buses.

Pace was awarded at Chicago Area Clean Cities’ Annual Meeting at the Chicago Auto Show. The award has been given annually since 2001 to an individual, organization, or business that champions the promotion of alternative fuels and technologies to reduce vehicle emissions and reduce petroleum usage. Recent award recipients include the American Lung Association, Chicago Metropolitan Agency for Planning, Testa Produce, and Ozinga Bros, Inc.

“Pace’s use of alternative fuels to reduce emissions in their fleet of transit buses is to be commended,” said John W. Walton, chair of the Chicago Area Clean Cities Coalition. “Their use of CNG to power buses is an example of a long term cost-effective solution for improving air quality and reducing harmful vehicle emissions. It’s a pleasure to honor the Pace team with this award.”

Jones Lang LaSalle/Aon and Prudential Towers received the coalition’s “All-In Award,” to recognized its 100 percent all-electric shuttle bus fleet. The buses shuttle hundreds of commuters every workday from Chicago’s Metra train stations to the Aon Center and Prudential Plaza (JLL manages both buildings), then back again at the end of the day before parking underneath Wacker Drive to charge overnight.

Celebrating its 25th anniversary in 2019, Chicago Area Clean Cities is a nonprofit coalition focused on promoting clean-vehicles and clean-air solutions for transportation in Chicago and the surrounding suburbs. CACC is one of more than 90 coalitions across the country affiliated with the U.S. Department of Energy’s Clean Cities program, which brings together stakeholders to increase the use of alternative fuels and clean-vehicle technologies, reduce idling, and improve fuel efficiency and air quality. The coalition concentrates its efforts on educating businesses and municipalities in the six-county Chicago area, including Cook, DuPage, Kane, Lake, McHenry and Will counties. CACC also is a partner in Midwest EVOLVE, a seven-state project to educate consumers about the advantages of electric vehicles. To get involved, visit ChicagoCleanCities.org. 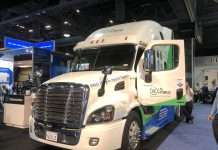 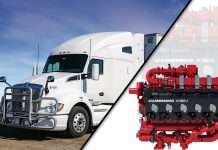