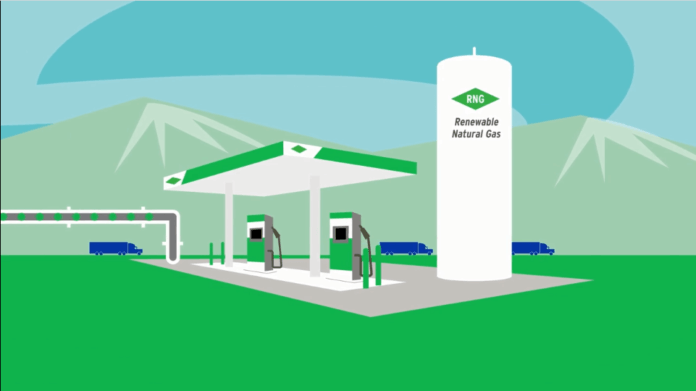 This article was originally printed on the Coalition for Renewable Natural Gas‘ website.

Captured above ground from organic material in agricultural, wastewater, landfill or food waste, RNG – or biomethane – produces net carbon-neutral and even net carbon-negative results when fueling on-road vehicles like short- and long-haul trucks, transit buses, and refuse and recycling collection vehicles.  RNG fuel in 2018 had an EER-adjusted carbon intensity as low as -303.30 according to the California Air Resources Board.  By comparison, California’s electricity grid rated between 25.0 and 38.95.[1]

“Proven and affordable natural gas vehicle technology is over 90 percent cleaner than federal EPA nitrogen oxide emission standards,” said Dan Gage, President of NGVAmerica.  “And when those American-made heavy-duty trucks and buses are fueled with renewable natural gas, they are up to 125 percent cleaner than the cleanest diesel technology in terms of carbon emissions.  RNG-fueled vehicles are the most immediate and cost-effective heavy-duty option when seeking to combat climate change.”

“The environmental advantages of using renewable natural gas to replace fossil fuels in on-road transportation have driven substantial growth in development and investment in new RNG production across the U.S.,” said Johannes Escudero, RNG Coalition CEO. “The number of North American RNG production facilities has multiplied more than two-and-a-half times in the past five years to almost 100 today, while RNG fuel use has increased nearly six-fold.”

RNG motor fuel use has eliminated 7,251,351 metric tons of CO2e over the last five years.  Put into perspective, RNG motor fuel is:[3]

Details of today’s report – including graphics – can be accessed at: https://www.ngvamerica.org/wp-content/uploads/2019/04/RNG-Driving-Down-Emissions.pdfand http://www.rngcoalition.com/infographic.

NGVAmerica is a national organization of over 200 companies, environmental groups, and government organizations dedicated to the development of a growing, profitable, and sustainable market for vehicles powered by natural gas or biomethane.  NGVAmerica member companies produce, distribute, and market natural gas and biomethane across North America, manufacture and service natural gas vehicles, engines, and equipment, and operate fleets powered by clean-burning gaseous fuels.  Find out more at: www.ngvamerica.org.

The Coalition for Renewable Natural Gas is a North American organization representing nearly 200 companies, municipalities, universities, and environmental and non-profit organizations that are dedicated to the advancement of RNG, including as an ultra-clean, domestically produced, renewable fuel in North America.  RNG is fully fungible with conventional natural gas and is used as a direct substitute for most commercial, industrial and residential natural gas applications. Find out more at: www.rngcoalition.com. 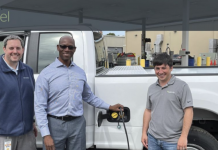