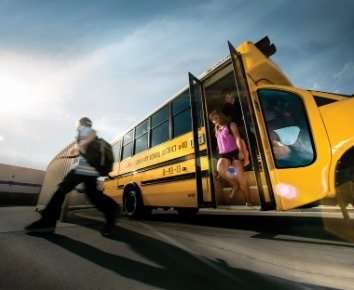 Compared with diesel engines, propane autogas engines are noticeably quieter when operating, which has a big impact on safety. Bus drivers are responsible for students’ safety during transportation. A quieter bus allows bus drivers to perform their jobs in a much less chaotic environment. It also allows the driver to monitor students in the rear of the bus and take quick action in an emergency.

Propane autogas provides the lowest total-cost-of-ownership of any fuel option. Several factors contribute to propane autogas low total cost-of-ownership, including reduced fuel and maintenance costs, and accessible infrastructure. Autogas is consistently between 30 to 50 percent less than the fuels fleet owners are transitioning away from, gasoline and diesel, and an annual fuel contract with a propane retailer can lock in your fuel price for added stability.

Autogas buses can handle the harsh weather that winter brings, including freezing temperatures. With a fleet of diesel buses, drivers have to arrive two hours early to get buses warmed up and running. In some cases, they will plug buses into block heaters, which increases energy bills. After making the switch to propane autogas, buses will start with the turn of a key, even in below-freezing temperatures.

Unlike the competition, propane is a clean-burning, domestic fuel. Propane retailers are small business owners and members of the community the school district serves, so it’s another way to keep school district dollars in the community. To read more on why school transportation departments are choosing propane autogas go to: https://www.allianceautogas.com/school-districts/ 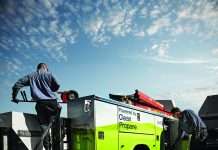