Around the country nearly 100 Clean Cities coordinators work in their communities to help fleets and drivers transition to economic, environmental transportation options. Representatives from their coalitions gather each year for an annual workshop to share best practices, learn about the latest transportation research, and recognize each other’s successes.

Coordinators themselves also select one of their own for the Benjamin Watson Leadership Award, in honor of a long-time coordinator whose engaging personality and spirit will never be forgotten. The council of coordinators presented this honor to Stephen Russell of Massachusetts Clean Cities.

The award winners led their coalitions to save more than 80 million gasoline gallon equivalents and avert over 500,000 tons of greenhouse gas emissions in 2017 alone through use of domestic alternative fuels, advanced vehicles, and fuel efficiency. Together with their fellow coalitions throughout the nation, the network of coalitions has saved nearly 9 billion gasoline gallon equivalents and avoided more than 47 million tons of harmful emissions since its beginnings in 1993.

While all coalitions are transforming transportation one vehicle and one fleet at a time, Hall of Fame inductees are known for consistently going a step beyond, exploring new transportation technologies, uncovering solutions for fleets looking to change, and bringing mobility options to those in need.

Sheaffer is known by his fellow coordinators as a friendly, unassuming guy who quietly goes about doing a great job year after year. Under his leadership Valley of the Sun is thriving, with the coalition on track to bring their total gasoline gallon equivalent savings to 1 billion in the next five years. The photo below shows the historical gallons of gasoline equivalent reduced by Valley of the Sun Clean Cities Coalition between 2009 and 2018.

An expert at recognizing the unique potential of alternative fuels, Sheaffer was instrumental in getting alternative fuels included in the Arizona Emergency Management Plan back in 2012. When disaster strikes, power outages and breakdowns in gasoline infrastructure can cripple a city. But alternative fuels are often the exception to the rule, providing rescue, supporting cleanup, and continuing transportation for critical services such as food delivery, trash pickup, and ambulance transport.

Sheaffer has also been a cardinal force in ensuring drivers who rely on alternative fuels can confidently travel along major highways. He was critical in getting five Arizona interstates designated as alternative fuel corridors by the U.S. Department of Transportation Federal Highway Administration, with regular fueling infrastructure for either compressed natural gas, liquefied natural gas, or electric vehicles.

Widely recognized for his entrepreneurial leadership, Sheaffer has been a guest lecturer at the graduate schools of business at the University of California Los Angeles, University of Southern California, and Arizona State University. He’s served as coordinator in Phoenix, Arizona, at Valley of the Sun Clean Cities Coalition since 2002, and as executive director since 2010.

McConnellogue is a Clean Cities pioneer, helping form her coalition from a consortium of local governments and businesses into a standalone non-profit in 1996. Her radiant personality and willingness to lend a hand make her a well-loved figure in the network. As dedicated to the cause as she is to her state, she contributes to the success of Colorado transportation initiatives including Refuel Colorado—a program that supports self-sustaining alternative fuel markets through the State Energy Office—and Boulder County Mobility for All— a first/last Mile pilot project to address transit accessibility and connectivity issues.

Whether it is helping underserved portions of the community or organizing a project to inform State representatives, she always takes action and inspires others to do the same. As part of Mobility for All, McConnellogue recently led an educational micro-mobility trip that brought residents of Josephine Commons—an affordable housing development for seniors and multifamily rentals—to a Colorado Rockies game. McConnellogue taught residents how to navigate public transit and use GoGoGrandparent, a service that connects seniors to ride sharing services like Uber and Lyft without the need for a smart phone. The photo below shows residents of Josephine Commons riding public transit to a Colorado Rockies game. Photo courtesy of Sheble McConnellogue, June 2019.

“I enjoyed the Rockies game tremendously,” said Josephine Commons resident Alretta Spinden, “and thanks to the Lyft pilot program I was pleased with the drive.”

Northern Colorado Clean Cities (NCCC) donated tickets for the Mobility for All Travel training event, compliments of the Colorado Rockies.

Known for empowering others to make a difference, McConnellogue brought stakeholders to the Colorado State Capitol for an Earth Day event to meet with members of state legislature and sit in on a congressional session.

“Her number one project goal is to give the community a voice and educate everyone about how sustainable and practical alternative fuel transportation technology is for Colorado,” said NCCC Coordinator Diego Lopez. “With Sheble’s preparation, NCCC was also able to speak to Governor Polis and his staff about the importance of Clean Cities and educate them about the successful projects related to alternative fuels and advanced vehicle technologies.”

Russell, a former Hall of Fame winner himself, was called a “fountain of practical knowledge and a true professor of his craft,” by fellow coordinators who nominated him for the Benjamin Watson Leadership Award. He is a stalwart problem solver, jumping at the opportunity to help other coalitions pave a path to success for events, meetings, and transportation projects of all kinds. He’s quick to share a laugh when relaying lessons learned, recognizing the importance of trying, even if you fail, and getting up to try again.

Where others may see an obstacle, Russell sees an opportunity. He developed a reputation as an innovator in his early career as a fleet manager for using biodiesel in extremely cold environments, while other fleets shied away for fear of the fuel’s cold weather properties.

Russell’s can-do attitude is a crucial ingredient in his overwhelming success at bringing people together. He is one of the prime movers in bringing together Alt Wheels Fleet Day, the largest educational event focused on alternative fuel vehicles in the East Coast.

To read more about these accomplishments, visit the Clean Cities Hall of Fame.

Read more about the Department of Energy and their plan to contibute $59M and 43 projects towards advanced vehicle technologies research here! 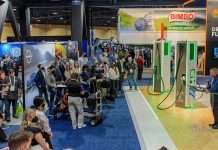