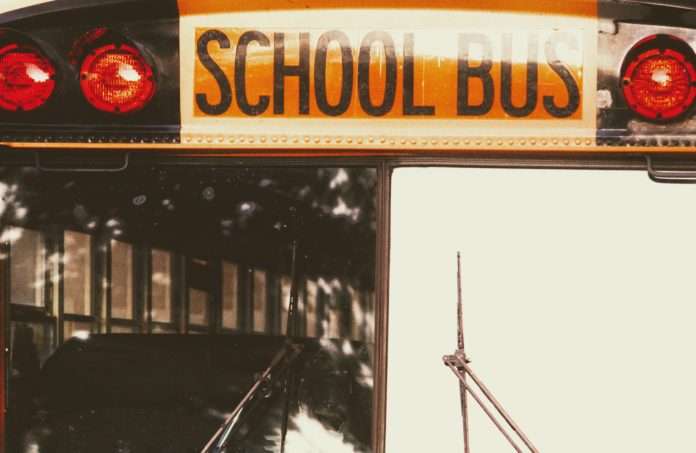 For decades, schools have put their students on buses that belch diesel fumes, despite mounting evidence about the ill effects of the exhaust, especially on young, developing lungs.

Now, as parents consider whether to sign up their children for the bus ride to school in a few weeks, new research is drawing a direct line between those fumes and poorer classroom performance. Even before Georgia State University released its report, lawmakers and school transportation directors felt something needed to change. There had been plenty of prior research linking diesel exhaust to allergies, asthma attacks and lung cancer.

“Nothing’s going to be healthy about sitting over an exhaust pipe,” said Rep. Terry England, R-Auburn. The chairman of the House Appropriations Committee tucked $1.8 million into the 2020 state budget to help school districts buy alternative fuel buses. That is in addition to an amendment to the current-year budget that added $1.2 million for the same purpose.

The alternative fuel of choice for Georgia schools is propane. Those buses cost $16,000 more than diesel buses, and the grants cover half of the surcharge. It’s helped 17 school districts buy 156 propane buses this fiscal year. Overall, though, it is a small financial commitment for a state with 180 school districts, where the vast majority of school buses are still powered by diesel.

It links dirtier bus exhaust to worse academic performance. Researchers compared the standardized test scores of students in Georgia school districts where more than 2,600 buses had been retrofitted with exhaust-scrubbing systems against test scores in districts lacking the upgrades.

“Students do better on English tests if they have cleaner air,” said Daniel Kreisman, an assistant professor of economics who co-authored the study. “It’s not a huge effect. It’s not like they’re going to skip two grades, but they definitely scored better.”

It is an important study because it is the first to directly link bus fumes to school performance, said Sara Adar of the University of Michigan. The associate professor of epidemiology was not involved in the Georgia study, but did work on a different one several years ago that tracked students who were switched from buses with dirty exhaust to those with cleaner systems.

The exhaust system upgrades cost $5,000 to $10,000, which Kreisman and his colleagues argue is a pittance compared to the long-term return for society when students do better in school. The bus overhauls in their study occurred between 2007 and 2015. Since then, more school districts have been opting to bypass diesel altogether, replacing their fleets with buses powered by propane, the gas burned by backyard grills and camping stoves.

Justyne Lobello, spokeswoman for iconic school bus maker Blue Bird Corp., said propane buses have the cleanest school bus combustion engines on the market. “What comes out of the tailpipe is water vapor, essentially,” she said.

Half the school buses in Georgia are Blue Birds. The Fort Valley company says 627 of its propane buses are on the roads in the state. That’s a fraction of the 15,142 diesel buses, but the alternative fuel trend is accelerating. This year, Blue Bird sold 336 diesel buses to Georgia schools versus 264 powered by propane.

Student health is surely a concern for school districts, but the biggest driver may be economic: Propane buses are less expensive to run, with cheaper fuel, fewer moving parts and less crud to soil the engines.

“It’s starting to pay off. We’re seeing it,” said Sam Ham, who is in charge of busing for Fulton County Schools. The county has used a mix of the new state grants plus federal dollars to subsidize the cost of hundreds of propane buses. “I know it’s going to lower our cost of transportation, and I know there’s going to be a bonus for our students and for the people of Fulton County because of less emissions spewed out there.”

Kristin Sharpe, a north Fulton parent, is a former school science teacher. She knew diesel exhaust was an environmental hazard, but hadn’t considered the impact on children inside the buses. The news hits close to home, since both her kids rode one — her son, who has already graduated, and her daughter, a rising senior. Based on the new evidence, Sharpe is second-guessing her decision to put them on yellow buses. “Maybe I should have driven them.”

Her daughter could be among the students this fall who gets to board a bus with a green bird painted over the door. That is Blue Bird’s symbol for buses powered by propane, compressed natural gas or electricity. (The symbol for diesel buses is a black bird.) Ham, the Fulton schools transportation director, said he’s already swapped out nearly 200 diesel buses for propane. He said the reduced costs for maintenance and fuel are allowing him to cut his annual operations budget by $360,000. He wants to expand further: In March, the school board approved his latest purchase request for another 121 propane buses, bringing his total to 316 this fall, nearly half his regular fleet. This latest round of purchases will cost $11.6 million, but state and federal grants are covering a fifth of that. Now, Ham is eyeing an electric bus, but they cost about three times more.

Most Georgia districts are not moving so quickly. They lack funding to overhaul their fleets. The extra state money for alternative fuel buses hasn’t made up for an overall decline in state funding. Georgia leaders have been shifting the cost of new buses to local school districts. As the Georgia Budget and Policy Institute, a left-leaning think tank, noted recently, more than 3,400 school buses were at least 15 years old as of the fall of 2018, and 2,600 students were riding buses built before the first websites.

In 1991, Georgia paid half of school district transportation costs, but that has fallen to 14%, said Stephen Owens, an analyst with the institute. “The cost for districts has been skyrocketing,” he said, “so the districts have to pick up the slack, and that’s becoming more difficult every year.”

The diesel industry argues that schools may be making matters worse by switching to propane.

Allen Schaeffer, executive director of the Diesel Technology Forum, said that new diesel buses are equipped with technology that makes their exhaust as clean as propane exhaust but that most of the school buses in Georgia pre-date the widespread use of that technology.

With propane buses costing more, schools can’t get rid of those old diesel buses as quickly if they go with propane, he said. “The net result of this could be that your school bus fleet is older.”

These 17 school districts were given $1.2 million in state grants to help finance the purchase of 156 propane buses this fiscal year.