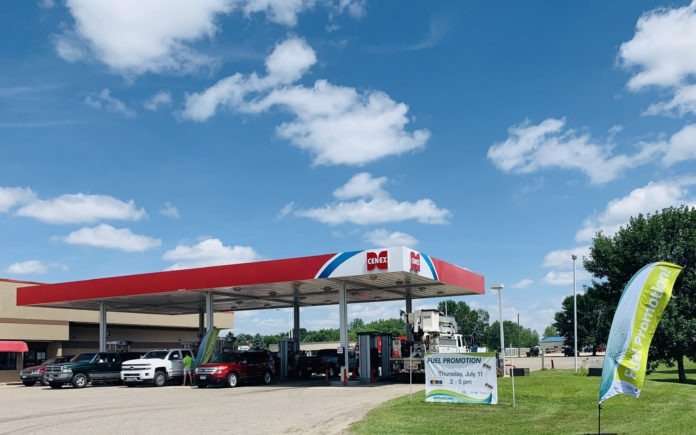 “Vehicle exhaust is now the single largest source of both air pollution and greenhouse gas emissions in the state,” said Robert Moffitt, communications director for the American Lung Association’s office in St. Paul, Minn. “Minnesota has taken some important steps toward cleaner fuels and vehicles. We encourage these efforts to continue in 2020.”

Thirty-two new E85 stations opened in Minnesota in 2019. E85 is a cleaner-burning, ethanol-based fuel that can be used in flex fuel vehicles, which are designed to run on either gasoline or on ethanol blends. Choosing E85 is an easy way for flex fuel vehicle drivers to reduce tailpipe emissions. There are now 423 stations selling E85 in Minnesota, more than in any other state.

Another type of ethanol fuel also saw growth in 2019, as another 28 stations began selling 88 octane gasoline, also known as E15. This higher octane fuel consists of 85 percent gasoline and 15 percent ethanol. Approved by the U.S. EPA for use in vehicles 2001 or newer, Minnesota now has 340 stations offering 88 octane.

Minnesota was the first state in the country to require virtually all of the diesel sold in warm weather months to contain a 20 percent biodiesel blend. During the winter months, Minnesota stations sell a five percent biodiesel blend. Each year, cleaner-burning, renewable biodiesel displaces roughly 130 million gallons of petroleum diesel in Minnesota. This is particularly important for the older vehicles that lack the pollution control devices now required for all diesel vehicles sold in the United States. Biodiesel also significantly reduces greenhouse gas emissions.

The American Lung Association in Minnesota has advocated for cleaner fuels and vehicles for more than two decades. It coordinates Twin Cities Clean Cities Coalition, a statewide alternative fuel organized and supported by the U.S. Department of Energy. For more on the alternative fuel choices available in Minnesota, visit CleanAirChoice.org.

About the American Lung Association