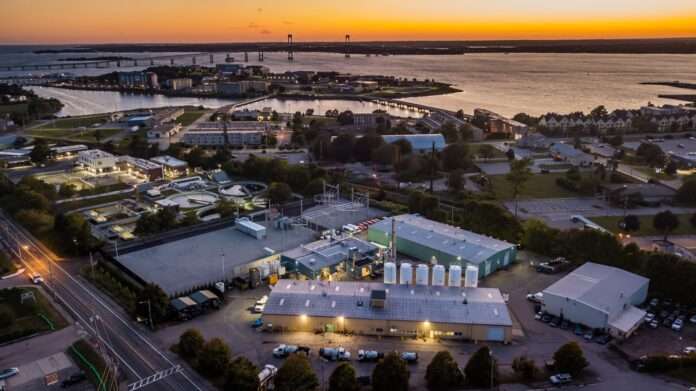 Newport Biodiesel has been producing biodiesel in Newport, Rhode Island since 2006. Evolving from a small start-up company to the second-largest biodiesel facility in New England, the company produces over eight million gallons each year.

Wholesalers and distributors in the supply chain throughout New England purchase the product for diesel engines or home heating furnace use.

“Biodiesel works!” Robert Morton, the founder of Newport Biodiesel, said. “It is a drop-in fuel that works in any type of diesel vehicle, temperature-dependent.”

The Newport Biodiesel product is simple to use, biodegradable, non-toxic and essentially free of sulfur and aromatics.

The State of Rhode Island continues to lead by example by having switched to B20 biodiesel (20% biodiesel and 80% petroleum diesel) in its diesel fleet vehicles.

Richard Bremilst, State Fleet Administrator of the Rhode Island Department of Administration, notes that as of May 2020, “Each and every diesel vehicle is burning B20. We are working to repower the State of Rhode Island for the future.”

“We are thrilled to support the Rhode Island State Fleet’s commitment to using B20 in their fleet. Use of B20 in fleets will reduce our reliance on imported fossil fuels, support local renewable resources, improve the air we breathe and provide automatic environmental benefits,” Allison Archambault, Supervising Air Quality Specialist from the Rhode Island Department of Environmental Management, said. “To use it really is a no-brainer!”

However, that waste product is not disposed of but rather becomes feedstock for anaerobic digesters throughout the region.

“What is waste for us is another renewable energy company’s feedstock. Everything we do is focused on the environmental impact,” Blake Banky, president of Newport Biodiesel, said.

When the used vegetable oil arrives at Newport Biodiesel, the process to change the molecular composition begins.

The oil is combined with methanol in the presence of a catalyst. The combination of these steps modifies the molecular composition creating nine parts biodiesel and one part glycerin.

“That biodiesel is exactly what will be blended and sold out into the market for transportation,” Banky said.

The process is highly regulated to ensure compliance with the American Society for Testing and Materials (ASTM) Specification D6751. There are dozens of testing points along the process to ensure that the ultimate product meets the ASTM standard.

“Biodiesel is not a new concept,” Banky said. “It was identified as a fuel long ago and tucked away. It is in the last decade that it became commercially available.”

“We are looking for a National Low Carbon Fuel Standard like California has.” Morton said. “Renewable energy has got to happen. We see an expansion of biodiesel and other renewable fuels in the next decade.”

Newport Biodiesel is a Rhode Island success story. They have been an engaged partner with Ocean State Clean Cities Coalition for over ten years.