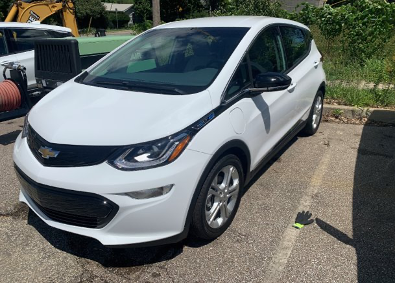 The transportation sector is among the top generators of greenhouse gas emissions in Indiana and a leading contributor to emissions nationwide. Many cities throughout the United States have created climate goals aimed at reducing greenhouse gas emissions. The City of Bloomington, with its broad range of climate initiatives, strives to lead in municipal sustainability in Indiana.

Bloomington is a member of the Climate Mayors initiative, a collaboration of more than 400 mayors working together to demonstrate leadership on climate issues.

One focus of the City of Bloomington’s climate initiatives is the electrification of the city’s fleet. In 2019, Bloomington Transit was approved for grant funding to support the purchase of two new fully electric buses through a Low-No Emissions grant from the Federal Transit Administration.

“Bloomington continues to invest in fleet electrification to ensure that the City has diverse and sustainable mobility options,” Lauren Travis, Assistant Director of Sustainability for the City of Bloomington, said.

The city’s fleet currently has a variety of alternative fuel vehicles, including all-electric, hybrid electric and flex-fuel vehicles capable of using gasoline and E85 fuel. In addition to Bloomington’s green fleet vehicles, the city licensed three electric scooter vendors to operate in Bloomington.

The main obstacle the City of Bloomington faced when implementing fleet electrification was to systemize the procurement and sourcing of electric vehicles.

To overcome this challenge, Bloomington participated in the Climate Mayors Electric Vehicle Purchasing Collaborative. Through the collaborative’s procurement portal, the City of Bloomington was able to review competitive vehicle pricing in a transparent way and calculate the estimated savings over time.

The process of procuring electric vehicles through the Climate Mayor’s collective purchasing arrangement was clear, simple and cost-effective, accelerating the fleet transition towards electrification.

As technology and emerging forms of transportation like ride-sharing, autonomous vehicles and electric vehicles advance, the city will be responsive to resident’s evolving transportation needs.

During the initial phases of construction on two new municipal parking garages, the City of Bloomington included a conduit for Level 2 electric vehicle chargers. Over the next few years, further improvements to the city’s transportation system are planned, helping it continue to work towards reducing fuel and emissions use.

The City of Bloomington has been a long-standing Leader Member of Greater Indiana Clean Cities and supports their efforts and mission to advance alternative, domestic fueled transportation including energy-efficient technologies across all sectors in Indiana. Lauren Travis, Assistant Director of Sustainability for the City of Bloomington, is a valued Greater Indiana board member.

The City of Bloomington’s Department of Economic & Sustainable Development’s mission is to foster a livable and economically resilient community through partnerships, collaboration and outreach. Through strategic initiatives that expand economic opportunities, the Department aims to preserve the health of our environment, provide for social equity to the citizenry, and advance the principles of sustainable development. 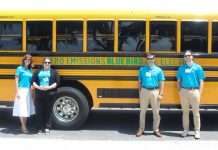