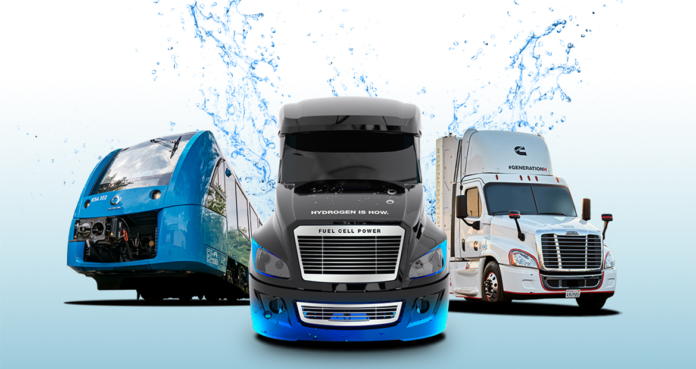 The concept of using hydrogen fuel to power transportation and general electricity applications has been around for decades, but is the United States finally getting close to making it a reality?

The Clean Energy Trust recently partnered with Cummins, Invenergy and GTI to host a webinar on the advancement of hydrogen and its related technology as a source of clean energy, where attendees discovered the many benefits of a switch to hydrogen.

Hydrogen is a complicated fuel source. Besides having three colors (gray, blue and green) depending on what it is made from, hydrogen also must be burned in a fuel cell or in an internal combustion engine.

“There’s a new wave of excitement, for good reason,” Paul Seidler, managing director at the Clean Energy Trust, said. “This industry is expected to grow to 200 billion by 2025.”

The energy and sustainability potential of the third type of hydrogen, green hydrogen, is the central focus of the new wave.

Electrolysis is the process in which a direct electric current is used to cause a chemical reaction that otherwise would not have occurred.

“It’s truly clean, even when combusted, and it’s extremely energy-dense. It’s also a ubiquitous resource and can be produced anywhere there is electricity and water,” Seidler said during the webinar. “It’s versatile—it can operate as a fuel, a feedstock for fertilizers or even a long-duration battery.”

“There are pilots underway in Europe already that are up to 20% hydrogen. Pilots in the U.S. are up to 5%,” Mike Rutkowski, vice president of research and technology development at GTI, said. “At the lower percentages of blending, you don’t get much of a decarbonization benefit because of the energy density paradox.”

The energy density paradox of the fuel provides a challenge to hydrogen enthusiasts. Volumetrically, hydrogen only produces about a third of the energy that natural gas would. This means that providers would need to pump a far larger amount of hydrogen into pipelines to get the same capacity of usable energy.

“All my colleagues that have been in [the hydrogen industry] forever have said it’s always five years away, it’s so close,” Amy Adams, vice president of fuel cell and hydrogen technologies at Cummins, said.

Her company recently commissioned a 20-megawatt electrolysis plant in Canada, the largest in the world, to create hydrogen. Adams said that Cummins has started to discuss ramping the plant up to 100 or 200-megawatts, an exciting sign for clean hydrogen production.

While hydrogen presents some unique obstacles, as all energy sources do, it also promises a cleaner future with a possibility to avoid an extreme overhaul of existing energy infrastructure.

“We should be creating a portfolio of solutions and taking no options of the table at this point,” Rutkowski said.

See more about hydrogen as an alternative fuel here.