One of the many positive aspects of working in the sustainable transportation sector is it truly offers something for everyone.

Some individuals and fleets choose to adopt alternative fuel or electric vehicles because they are concerned about the negative impacts of climate change, want to reduce greenhouse gas emissions and improve air quality.

Others may be on the opposite side of the spectrum and don’t actively support environmental issues. Their decisions are driven by their passion for reducing dependence on imported oil and petroleum by investing in domestic fuels to support American jobs and the economy.

Then there are those fleet and private vehicle owners who invest in sustainable transportation options simply because they make good financial sense. With more stable fuel and energy prices than traditional gasoline and diesel, fewer maintenance costs and excellent lifetime returns on investments, the alternative fuel and electric vehicle options work for their budgets.

The reality is the primary reason fleets and consumers choose to adopt alternative fuels and vehicles, electric vehicles and the fueling and charging infrastructure that support them doesn’t matter. Whether you’re a staunch environmentalist or don’t believe in climate change at all, all of the multi-faceted benefits still occur. There truly is something in it for everybody.

While it is true the U.S. as a whole became a net exporter of petroleum in late 2019 and remains as such, most regions other than the Gulf Coast are still net importers. The U.S. also remains a net importer of crude oil, with the Midwest being the largest crude oil importing region in the nation, the overwhelming majority of which comes from Canada.

Canada does not pose the same geopolitical threat to the U.S. and our energy security as other oil-producing nations we’ve relied on in the past. Still, few could argue that increased investment and support for clean, sustainable domestic fuels is better for the U.S. than imported fuels.

The issue is of particular interest in the Midwest, not only because of our reliance on imported crude from Canada but also on the ability to reduce that dependence by supporting Midwestern farmers in the ethanol and biofuels industries. According to the U.S. Energy Information Administration, in 2019, Wisconsin ranked eighth in the nation in fuel ethanol production capacity, with nine facilities able to produce almost 600 million gallons annually. Ethanol is one of the few energy resources Wisconsin exports to other states.

These Wisconsin farmers and companies need our support. In addition to Wisconsin Clean Cities’ support for alternative fuels such as ethanol and biodiesel, our organization is also working to ensure our rural communities producing alternative fuels are not left behind when it comes to electric vehicles and alternative fueling opportunities for themselves.

Wisconsin Clean Cities is a partner in the Helping America’s Rural Counties Transition to Cleaner Fuels and Vehicles project with Transportation Energy Partners. The project aims to reduce barriers to alternative fuel and electric vehicle adoption in rural communities.

Whatever the reason for supporting and adopting sustainable domestic transportation options, the benefits to our state and nation could not be clearer.

Find the reason that speaks to you and do your part to lend your support.

This column originally appeared in the La Crosse Tribune. Lorrie Lisek is executive director of Wisconsin Clean Cities and president of Legacy Environmental Services. The opinions are the writer’s. 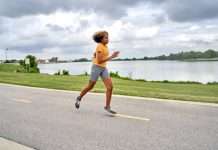 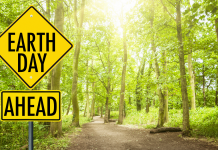 OPINION: Do your part to make Earth Day every day