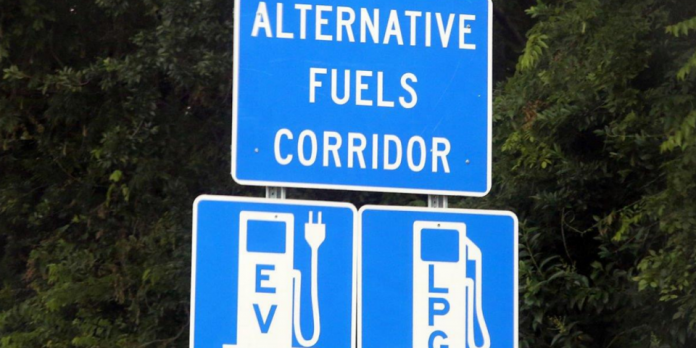 On April 22, 2021, the US Department of Transportation’s Federal Highway Administration (FHWA) announced Round 5 updates of the Alternative Fuels Corridors.

In July 2016, the FHWA called on states to nominate national Alternative Fuels Corridors, and the Energy Office worked with partners to get portions of all major interstates designated in South Carolina. Additionally, South Carolina became the second state in the nation to install signage along these corridors in 2017.

With stations being added and removed along corridors, the Energy Office submitted a request to the FHWA to update South Carolina corridor designations in 2020. In Round 5 of the FHWA’s corridor nomination process, new portions of South Carolina’s interstates were designated as “Corridor-Ready”— meaning enough infrastructure is along the corridor to facilitate refueling. Each fuel must meet specific criteria for the corridor to be considered “corridor-ready.”

I-26 between Irmo and Orangeburg and between Ladson and Charleston was designated Corridor-Ready.

EV stations must be publicly accessible DC Fast Charging stations, no greater than 50 miles between one station and the next on a corridor, no greater than 5 miles off a highway, and include CCS and CHAdeMO connectors.

More information on South Carolina’s Alternative Fuel Corridors can be found at PalmettoCleanFuels.org/afvcorridors.