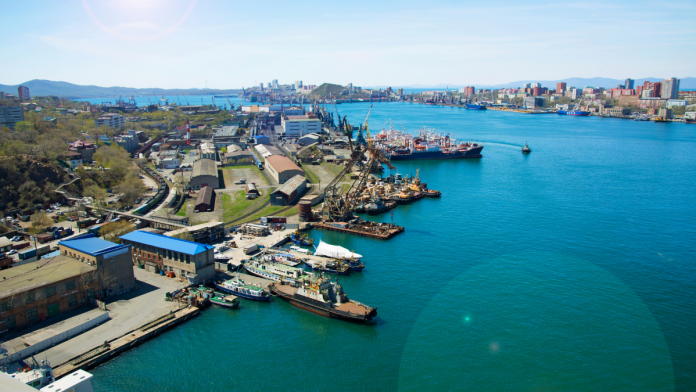 Growing awareness of the impact of shipping on the environment has businesses looking for more efficient and sustainable fuels.

Methanol produced from natural gas has emerged as a valuable alternative marine fuel due to its relatively low emissions and simple handling. At least one shipping giant has concrete plans to begin using it.

If methanol is practical as an efficient, alternative marine fuel, it could reshape modern shipping.

In September 2021, shipping giant Maersk announced that the company would order the construction of eight container vessel ships that will run on carbon-neutral methanol. This is a type of renewable methanol produced by an electrochemical reaction involving carbon dioxide and hydrogen.

Methanol is a power-to-liquid (PtL) fuel, meaning it’s possible to produce the chemical by converting renewable energy directly into methanol. As a result, carbon-neutral methanol can act as a kind of liquid battery, storing green power in a form that’s lighter and easier to transport than more conventional lithium batteries.

Other feedstocks — including biomass, biowaste and nonrenewable resources like coal or natural gas — may also be used to produce methanol. However, the resulting product may not be considered carbon-neutral.

In January 2022, the company announced it had expanded its order, increasing the number of ships it would buy to 12. Maersk, also known for its significant investments in hydrogen fuel for ocean shipping, is the first major shipper to adopt vessels that can run on methanol fuel.

The ships may not be powered entirely by methanol. Each comes with a dual-fuel option that allows them to run on conventional low-sulfur fuel, which produces significantly more emissions than methanol.

Methanol and Other Green Fuel Options

New hydrogen production methods called power to gas (PtG) are still experimental and are not yet economical at scale. However, they could soon allow businesses to use renewables to generate hydrogen gas, which produces extremely low emissions when used as fuel.

Biofuels, like biodiesel, are widely used outside of the shipping industry, primarily in the non-marine transport and power sectors. The use of biofuels and blends as marine fuel is still somewhat experimental, and it may be some time before businesses begin using them at scale.

Sustainable Fuels Could Pave the Way for Green Shipping

Along with other sustainable fuels, methanol may allow shippers to go green over the next few years. The right production strategy makes it carbon-neutral, allowing shippers to move ocean freight without depending on high-emission marine fuels.

Maersk is currently leading the way on the use of methanol fuel, but other shippers may soon follow — helping to reduce the industry’s carbon footprint.