The fully electric school bus was purchased with the help of grant funds acquired in partnership with Drive Clean Indiana.

“Our district is proud to add electric transportation with the purchase of this bus. It’s an exciting opportunity to utilize green energy,” Crown Point Schools Superintendent Dr. Todd Terrill said. “We’ve shared with our school community that they’ll be able to recognize the bus when they see ‘EV’ in front of the bus number.”

The school district added a new, fully electric Proterra school bus after receiving a $314,747 grant from the Indiana Volkswagen Environmental Mitigation Trust Fund in Round 2 of the grant program in August 2020. Drive Clean Indiana wrote the successful grant application and is the project manager for the electric school bus implementation.

The electric school bus was purchased from Kerlin Bus Sales in Silver Lake, Indiana in an effort to support Hoosier businesses through the project. The bus was added to the Crown Point Community School District fleet in late 2021.

The electric school bus is a 100% zero-emission vehicle and will eliminate the district’s consumption of more than 20,000 gallons of diesel fuel over the life of the bus. The electric bus will also eliminate more than 226 metric tons of greenhouse gas emissions. That is the equivalent of removing nearly 50 passenger vehicles from the roads for one year.

The bus is being charged at a charging station installed at the Crown Point Community School Corporation’s Transportation Center and averages 120 miles per three-hour charge from zero battery status.

The bus has also been used as a teaching tool for students at Crown Point High School’s Advanced Auto Class.

“Drive Clean Indiana was thrilled to assist Crown Point Community School Corporation with this groundbreaking, transformational project,” Drive Clean Indiana Executive Director Carl Lisek said. “We applaud the district leaders and school board for their support of electric school buses for a cleaner, healthier environment for its students, bus drivers and residents.”

Clean Cities organizations support the nation’s energy and economic security by building partnerships to advance affordable domestic transportation fuels, energy-efficient mobility systems and other fuel-saving technologies and practices. The coalitions achieve this in a
number of ways, including the advancement of alternative fuels, alternative fuel vehicles and sustainable vehicle technologies such as electric vehicles and their charging infrastructure. The efforts reduce the nation’s dependence on imported oil, improve air quality, support local jobs, drive economic development and promote improved quality of life. 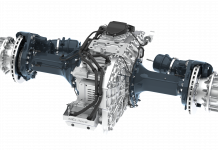 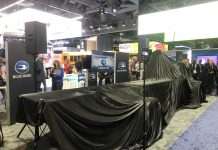 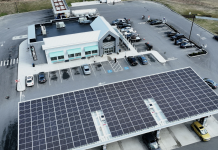