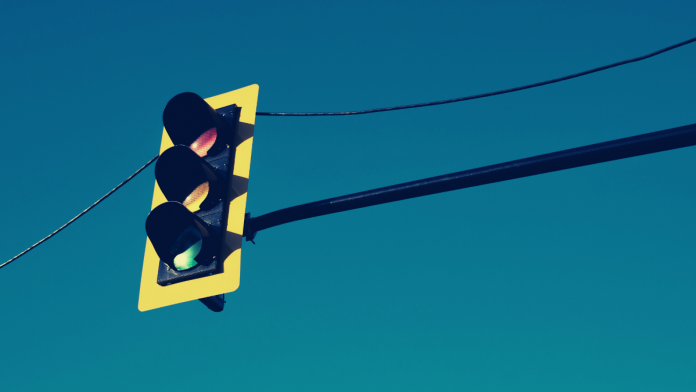 Transportation history cannot be told without the influence of Black history. Many of the devices we use and the inventions we travel with were made or impacted by influential Black leaders and trailblazers. Our world today would look a lot different without the work of these prominent Black figures, so let’s acknowledge these works not just during Black history month but as part of transportation history.

Andrew Jackson Beard (1849–1921) was born into slavery in Jefferson County, Alabama. Emancipated at age fifteen, he then became a farmer and was in charge of a flour mill. Although Beard did not have any formal educational training, he could not stop his brain from tinkering and thinking up new inventions. In 1892, he patented a new type of steam-driven rotary engine. During this time, the U.S. was looking for cheaper, alternative power sources to help drive industrialization other than electricity. Beard believed his invention would be safer and more affordable. His rotary steam engine would only see limited use as it did not become popular, but this did not put off Beard from making more inventions.

His most famous and successful invention came later with the “Jenny coupler”. The invention consisted of two interlocking pieces that were each attached to the coupling parts of opposing ends of railroad cars. When railroad cars bumped together the “Jenny coupler” would automatically lock them together. This was a game-changer for the safety of railroad cars, as before this coupler, people would lose limbs and often their lives working on the railroad. Beard would eventually sell the rights to the coupler back to the railroad industry for $50,000.

Granville T. Woods (1856-1910), also known as “Black Edison”, was born in Columbus, Ohio. At the age of ten, he left school to work and support his loved ones. He went on to take an apprenticeship as a machinist where he learned how to blacksmith and invent and repair machines. In 1872, he would work as a fireman in Missouri and later be promoted to an engineer. By 1880, he would continue to work for a few more places before becoming the chief engineer on the Ironsides, a British steamship.

However, in all the positions he held, Woods experienced racial discrimination that would eventually prompt him to start his own business as the owner of a machine shop that would become known as, Woods Electrical Company. Woods would develop the first electric railway that was powered with electric lines from above the train, a reason why he was called “Black Edison”. His electric railway had a huge impact on the safety of pedestrians, as previously the lines had run along the tracks. By the time of his death on July 30, 1910, Woods had received more than sixty patents for his inventions.

George Washington Carver (1864-1943) was born enslaved in Missouri during the Civil War. A week after his birth, baby Carver and his sister and mother would be stolen by raiders and sold in Kentucky. Only Carver would be found later by an agent to be returned back to Missouri. After the Civil War, Carver was taught to read and write at a young age and would continue to hunt for knowledge as a young man when he left home to travel to a school for Black children 10 miles away.

Later, Carver would receive his HS diploma and get accepted into Highland College. But his acceptance was soon followed by bad news, as college administrators denied him entrance once his race was known. Not letting this stop his pursuit of knowledge, he instead claimed a homestead and conducted biological experiments. He would later be convinced to apply to another college, and in 1894, Carver became the first African American to earn a Bachelor of Science degree. He would later earn his Master of Agriculture degree and receive an offer to work and research at the Tuskegee Institute (now Tuskegee University) in Alabama.

At Tuskegee is where he would meet famed automaker, Henry Ford. Ford learned of Carver following his donations to the college, and they both would end up connecting to talk about their shared vision of alternative fueling and other resources using products like soybeans and peanuts. Ford would continue to donate to fund Carver’s research on the matter and in return, Carver would help oversee crops at the Ford plantation. In 1942, Ford would showcase a car with a lightweight plastic body made from soybeans. Both Ford and Carver would continue their relationship of working with alternative crops until Carver’s death in 1943.

Elijah McCoy (1844-1929) was born as a freeman in Canada after his parents escaped from slavery. At age fifteen, McCoy would go to school in Scotland where he studied mechanical engineering. After school, however, McCoy would have trouble finding a job as a mechanical engineer, so he found work as a fireman for the Michigan Central Railroad. Part of his duties as a fireman was to lubricate engine parts. During that time, engines needed to be stopped before lubrication could be applied.

McCoy saw the time and money wasted during this lubrication process and realized there was a more efficient and better way to do it. He invented the automatic lubricator, an invention that allowed engines to be lubricated while they ran. McCoy expanded on the success of this invention and soon long-distance locomotives, transatlantic ships, and factory machines were using it. His automatic lubricator became so relied on and trusted people would start to ask for “the real McCoy”, just to make sure they weren’t getting a cheap substitute. The phrase “the real McCoy” is a phrase that is also still used today.

Richard Spikes (1878-1965) was born to a large family in the Indigenous territory, later known as Oklahoma. There is little known about Spikes early origins, but what is known is that the Spikes family moved around a lot. During the early 1900s, Spikes moved to Texas, New Mexico and Arizona finally settling in California. Spikes would invent a multitude of products over the next 40 years, but his inventions were mainly in the automotive industry vein.

Notably, in 1932, Spikes received a patent for his improvement of the gear shift transmission system. This invention kept the gears for various speeds in constant mesh, which improved the invention of the automatic transmission. In 1962, he would receive the patent for another one of his notable inventions, the automatic safety brake system. This invention would be important in automotive history as it provided reserve braking action in case of damage to the normal braking means. Spikes’ invention is still used in some buses today as a fail-safe means of stopping the vehicle. This invention would be Spikes’ last one as by 1962 his sight began to fade due to the effects of glaucoma. The only way he even completed the invention was by first creating a drafting machine for blind designers. By the time his braking device was completed, he was deemed legally blind.

Garrett Augustus Morgan (1877-1963) was born in Paris, Kentucky as the seventh child out of 11 children. Morgan only had an elementary education but this did not stop him from continuing to learn. Finding a job as a handyman, Morgan would use part of his income to pay for private lessons from a tutor. He would eventually move to Cincinnati, Ohio to pick up work as a sewing machine mechanic and this is where his world of inventions would begin. Intrigued by the inner workings of sewing machines, Morgan received a patent on an improvement to the sewing machine and then opened up his own repair shop.

His shop would be a success and with his new financial freedom, he would continue on his path of inventing. He moved with his wife to Cleveland and there he would start inventing more of his famous inventions like the prototype of the gas mask. Since Morgan was successfully making funds as an inventor, he also was able to be the first Black man to own a car. While he was driving, he witnessed a horrific carriage accident at an intersection that was known to be a problem. Wanting to help fix the issue, Garrett created a new traffic signal. This traffic signal had a warning light to alert drivers when they needed to stop. This signal would be the rudimentary version of the modern-day three-way traffic light.

Edmond Berger (birthdate unknown) is an inventor with little known about him. It is said from multiple, vague accounts that Berger was a Black man from Togo, West Africa. Berger had an interest in increasing the efficiency of engines as at the time the internal combustion engine was still fairly new and had poor reliability issues. This is how in 1839 Berger came about to invent the spark plug in France.

A spark plug relies on electricity to pass a spark between two electrodes. This ignites a fuel mixture inside an engine to generate power. Many modern-day internal combustion engines depend on spark plugs. Berger never received a patent for his invention, and there is some debate if the date of his creation is accurate as the internal combustion engine was still in its early stages. This spark plug would have been very experimental at the time. Nevertheless, historians still acknowledge Berger for his trailblazing work in the automotive field.

Matthew Cherry (1834-?) was born in Washington, D.C. Not much is known about his early life, but his later life is filled with inventions that revolutionized transportation. One of his accomplishments was the improvement of the velocipede. Velocipedes are what came before the modern-day bicycle. It had two wheels that were connected by a metal frame. Riders would run along the ground to propel the velocipede forward. Cherry’s improvements made it safer and easier to use.

Cherry’s improvements on the velocipede eventually turned into Cherry creating the tricycle in 1888. A three-wheeled vehicle with pedals that provided more stability and safety. This three-wheeled design is something that is still used today from training people to ride bikes to motorized three-wheeled vehicles on the roadways.

Frederick McKinley Jones (1893-1961) was born in Cincinnati, Ohio. His mother died when he was nine and a priest would raise him in a rectory until age sixteen. After leaving the rectory, Jones would work as a mechanic helper where he would observe mechanics as they worked on cars. By age nineteen, he would build and race several cars. Later, during World War I, he would serve in France as an electrician. After being discharged, he came back to the US and worked as a garage mechanic. His experience in mechanics led him to start making many inventions. Over the course of his life, he would patent more than 60 inventions, but one of his most famous and impactful inventions was the automatic refrigeration system.

In 1935, he would invent the first automatic refrigeration system for long-haul trucks. This system would be monumental in changing the eating habits of America. People could now eat fresh produce during the hot summers or the cold winters. It would later be adapted to a variety of other common carriers, including ships and railway cars. Jones’ invention would also be used to transport food and blood during World War II.