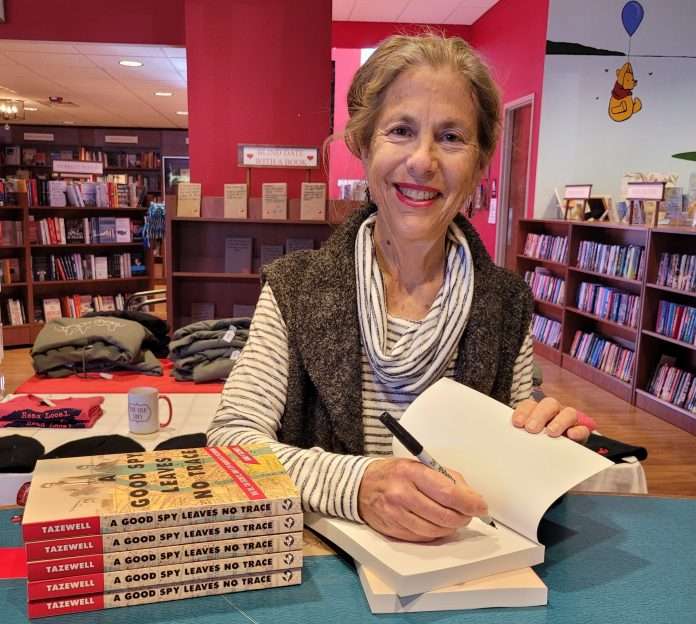 After 20 years of service to the Triangle area, Triangle Clean Cities (TCC) has played an enormous role in the region’s gasoline gallon equivalent reductions and greenhouse gas emission reductions. To be able to appreciate its success over the past two decades, we must take a look at how it all began.

Untraditionally, Tazewell went to college in her 40s after she created Key West, Florida’s first recycling center with a group of other young mothers similar to herself. At New College of Florida, Tazewell majored in environmental studies where she discovered interdisciplinary coursework that was not seen in other majors.

“As you go higher up the chain of education, things become more and more specialized, whereas, in environmental studies, it is critical to really see the connections with everything,” Tazewell said.

Tazewell wasn’t always interested in alternative fuels and clean transportation. When she began working at TJCOG, she worked with the Household Hazardous Waste Program, building off her previous experience in working in recycling both in Key West, Florida, and during her time as a student at New College.

However, Tazewell’s transition from waste and recycling management to the world of alternative fuels was not as difficult as some may imagine.

“I found it stimulating. I am not a technical person, and I don’t pretend to be, but I am very enthusiastic about the mission,” she said. “I just had a lot of help. I think people responded to my enthusiasm, and they wanted to step up.”

Her reasons for advocating for alternative fuels have changed over the course of her career. Originally, climate change was not the nation’s driver for reducing dependence on petroleum.

“Now in retrospect, I see my career, over a 20-year-old career in North Carolina, was all kind of built on this foundation of reducing our dependence on foreign oil.”

Now, after decades of working to drive the implementation of green transportation, Tazewell emphasizes the importance of reducing emissions.

“Simply put, I think it’s the most critical issue of our time right now. Climate change. It’s an imperative thing we really have to get a grip on.”

During her time as TCC Coordinator, Tazewell’s favorite project was her work implementing biodiesel stations in the region.

“I had the most success early on with Biofuels. Particularly biodiesel. I wrote my first grant at TJCOG, and that was to work with service station owners, and we were able to put in the very first publicly available dispenser for biodiesel blend in North Carolina.”

And her favorite part of TCC as a whole?

“It boils down to the people. I was very passionate about the subject, but it’s the people and their passion that bring it to life.”

Now, Tazewell not only talks about the importance of clean transportation in her work, but she practices it in her personal life. Just recently, she and her husband purchased a 2021 Chevy Bolt.

“I’m really looking forward to gaining more confidence with that vehicle and taking longer distance trips,” she shared. “I see from a very personal point of view the hesitation and the challenges that might hold somebody back from having an electric vehicle as their primary transportation.”

If the opportunity arises, Tazewell wants to assist the implementation or distribution funds to have more DC fast chargers throughout the state.

“I think in general, people that are established in their careers are very interested in talking to younger people that are just starting out, and it is a rich opportunity to have a lot of exchange.”

You don’t have to be interested in alternative fuels to be able to take Tazewell’s last piece of advice to heart.

“Personally, I think one of the most important skills are interest, curiosity and passion for your subject because that is contagious.”

To learn more about Anne Tazewell visit her website and check out her new book A Good Spy Leaves No Trace, a memoir where she explores her father’s work in the CIA and as an oil industry consultant, her own career, and the deep political issues revolving around sustainable living. To learn more about how Triangle Clean Cities can serve your needs visit our website.