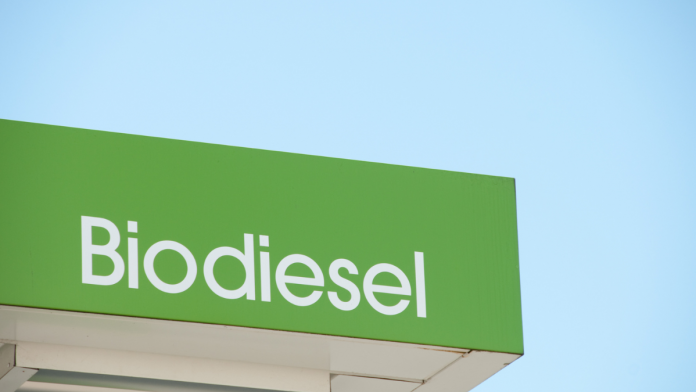 Battery power and hydrogen fuel cells are the most common sustainable alternatives to gasoline and diesel. However, they’re not the only options. Sustainable fuels are another growing alternative. Much like fossil fuels, they produce fewer or no greenhouse gas emissions.

There are two main kinds of sustainable fuel today – renewable diesel and biodiesel. While they sound similar, these are distinct categories with some important differences between them. Understanding these differences is the first step to making the most informed decision for petroleum alternatives.

What is Renewable Diesel?

Renewable diesel is identical to petroleum-derived diesel on a chemical level, but it comes from feedstocks like soybeans, corn or recycled animal fat. Because it’s so similar, it can run without any blending or engine modification, but it produces far fewer emissions. Currently, just five plants in the U.S. make it, though more are under construction, producing more than 590 million gallons annually.

Most renewable diesel comes from a process called hydrotreating, which uses hydrogen to remove water and oxygen particles from oil. Petroleum-based diesel uses a similar approach, but renewable diesel uses recycled or plant-derived oils instead of crude oil. As a result, it functions the same but burns much more cleanly.

Biodiesel is similar in that it also comes from non-fossil-fuel feedstocks, mostly vegetable oils. It can run in a traditional diesel engine without modification like renewable diesel, too. However, you have to blend it with petroleum diesel for it to do so because it’s not chemically identical.

One of the biggest differences between biodiesel and renewable diesel is that biodiesel comes from a different process: transesterification. Unlike hydrotreating, transesterification doesn’t remove oxygen. The end result still produces fewer greenhouse gases than conventional diesel, but it doesn’t perform as well.

Which is More Sustainable?

Both biodiesel and renewable diesel offer a much more sustainable alternative to fossil fuels. However, the latter is more practical than the former. Biodiesel’s oxygen content makes it incompatible in cold weather, as the oxygen affects the fuel’s freezing temperature. Renewable diesel doesn’t have that issue, so it’s a more viable replacement.

Renewable diesel also burns cleaner than biodiesel. Most automakers can only handle up to 20% biodiesel, meaning most of the fuel in these use cases still comes from petroleum. That still provides a considerable emissions reduction over pure diesel but isn’t ideal long-term, especially considering how renewable diesel offers further reductions without modification.

Sustainable Fuels Come in Many Forms

Businesses and consumers today have more options than they may realize when it comes to sustainable fuels. Learning more about these power sources and their unique advantages will help make the best, most environmentally friendly choices.

Biodiesel and renewable diesel are similar, but renewable diesel’s lack of oxygen and ability to run in its pure form make it more sustainable. As the sustainable fuel industry grows and these options become more accessible, that difference could make a substantial impact on the nation’s carbon footprint.